Red needle cast disease, caused by Phytophthora pluvialis, has had a significant impact on radiata pine plantations in New Zealand for over a decade. The LeBoldus Lab at OSU and the Grunwald lab at the USDA-ARS in Corvallis, Oregon collaborated with forest pathologists at Scion, New Zealand’s crown research institute, to demonstrate that the pathogen causing red needle cast disease was likely introduced to that country from the PNW of the United States. This pathogen exists as a  needle cast disease of Douglas-fir in the coast range of Oregon and Washington.

Phytophthora pluvialis is an oomycete that was first isolated from soil, water, and tree foliage in mixed Douglas-fir−tanoak forests of the U.S. Pacific Northwest (PNW). It was then identified as the causal agent of red needle cast of radiata pine (Pinus radiata) in New Zealand (NZ). Genotyping-by-sequencing was used to obtain 1,543 single nucleotide polymorphisms across 145 P. pluvialis isolates to characterize the population structure in the PNW and NZ. We tested the hypothesis that P. pluvialis was introduced to NZ from the PNW using genetic distance measurements and population structure analyses among locations between countries. The low genetic distance, population heterozygosity, and lack of geographic structure in NZ suggest a single colonization event from the United States followed by clonal expansion in NZ. The PNW Coast Range was proposed as a presumptive center of origin of the currently known distribution of P. pluvialis based on its geographic range and position as the central cluster in a minimum spanning network. The Coastal cluster of isolates were located at the root of every U.S. cluster and emerged earlier than all NZ clusters. The Coastal cluster had the highest degree of heterozygosity (Hs = 0.254) and median pairwise genetic distance (0.093) relative to any other cluster. Finally, the rapid host diversification between closely related isolates of P. pluvialis in NZ indicate that this pathogen has the potential to infect a broader range of hosts than is currently recognized. 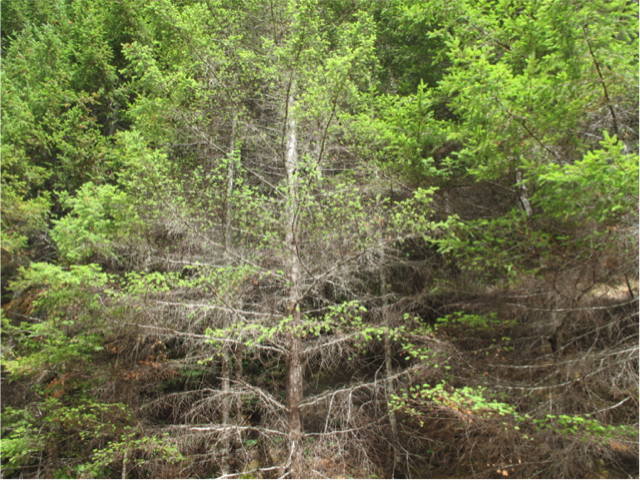