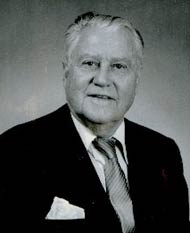 The endowment supports student travel to herbaria to study preserved plants, and travel to field sites to collect specimens for plant systematics research.

In November 1995, Dr. Harold N. Moldenke established a fund to support 'student travel in plant systematics' in the Department of Botany and Plant Pathology. Sadly Dr. Moldenke passed away less then two months later in January 1996, at the age of 86. Dr. Moldenke was a distinguished plant systematist. He began his professional career in 1932 at the New York Botanical Garden. In 1933, he founded a botanical journal, Phytologia, which he and his wife Alma continued to publish until 1989. In addition to his many scientific articles, he and Alma published "Plants of the Bible" and "American Wild Flowers" one of the first books to have color photographs. Dr. Moldenke also served as the director of the Trailside Nature and Science Center in Mountainside, New Jersey (1952-1967) and professor of biology at William Paterson State College in New Jersey (1967-1972). After his retirement in 1972, he continued his research and writing in systematic botany for several years until illness forced him to limit his activities. In 1985, he moved to Corvallis to be near his son Andrew and family. Both Harold and Alma held courtesy positions in the Department of Botany and Plant Pathology.

Students who have benefited from awards from this fund include: