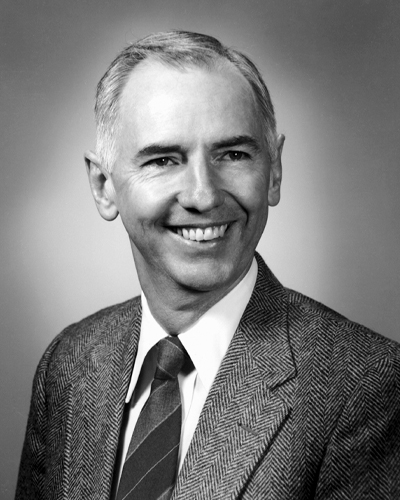 Dr. Larry W. Moore, Professor Emeritus in the Department of Botany and Plant Pathology, died Wednesday, August 9, 2000 in an auto accident near Gooding, Idaho, while traveling to visit his children and grandchildren.  He was 62.  He is survived by his wife, Marjean, his sons Michael, Jeffrey, and Brian, and daughters Christie Waldron and Suzanne Kellis.

Dr. Moore was born in Idaho on August 24, 1937.  He earned his bachelor's degree in agricultural sciences from the University of Idaho in 1962, and he received a master's degree from the same institution in 1964.  He continued his education at the University of California, Berkeley, where he received his doctorate in plant pathology in 1970.  In 1969, he joined the faculty of the Department of Botany and Plant Pathology at Oregon State University as an Assistant Professor of Plant Pathology.  He was subsequently promoted to Associate Professor and then Professor.  He retired from Oregon State University in 1999 after 30 years of service to the institution and his profession.

Dr. Moore was an internationally recognized expert on the epidemiology and control of the plant pathogen, Agrobacterium tumefaciens, a bacterium that causes the plant disease known as crown gall.   Crown gall is an important disease affecting fruit nurseries in the Pacific Northwest.  Dr. Moore made many contributions to the study of Agrobacterium and crown gall disease, but he is perhaps best known for his pioneering work on the development of a biological control agent to control crown gall.  This work has been heralded as the premier success story for the biological control of a plant disease.   Dr. Moore was also the leader in the development of the Microbial Germplasm Database, an on-line database used to collect, organize, and store information about approximately 400,000 microbial culture collections held in university, government, and private sector research laboratories around the world.  He was an active participant in student training in the Department of Botany & Plant Pathology, contributing to introductory level courses in plant pathology and teaching his own advanced graduate level course in bacterial diseases of plants.  He served on the editorial advisory board of the journal Plant Disease and on numerous committees of the American Phytopathological Society.

Dr. Moore is remembered by his colleagues for his generous spirit as well as his professional achievements.  One of his colleagues, Dr. Dallice Mills, said "Larry was an exceptional person.  He was highly respected by everyone who knew or worked with him.  His unpretentious manner attracted collaborations with scientists from around the world.  We have lost a great friend and colleague."  Dr. Stella Coakley, Chairperson of the Department of Botany & Plant Pathology said "Dr. Moore was a highly respected colleague, who made numerous contributions, in research and teaching, to the University and the commodity groups with whom he worked.  He was recognized nationally and internationally for his research accomplishments.  He was also a kind and caring person and a good friend.  I valued him for his integrity, honesty, and sense of humor, and I feel fortunate to have been able to work with him. He will be sorely missed."

Students who have benefited from this award include: